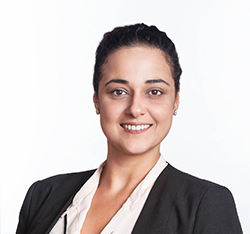 Ms. Volpe is a Pension Analyst with the Ontario Pension Board (OPB) in Toronto. She has over a decade of experience in public sector pension plan administration primarily providing frontline client service to OPB’s members and pensioners.

Ms. Volpe is a strong union activist with considerable labour relations knowledge. She has held the roles of Labour Management Committee Co-Chair and Interim Co-Chair, Joint Occupational Health and Safety Committee with OPB. Most recently, she was elected to serve as the Vice-President of OPSEU Local 568.

She holds a General Arts and Science Diploma from Seneca College, a Pension Plan Administration Certificate from Humber College and a Registered Retirement Consultant (RRC®) designation from the Canadian Institute of Financial Planners.

OPTrust’s Board of Trustees has overall responsibility for the administration of the Plan and the management of the assets to ensure OPTrust can deliver retirement security to its almost 87,000 members, pensioners and their dependants. Read more