OPTrust pensions increased by 1.3% in January 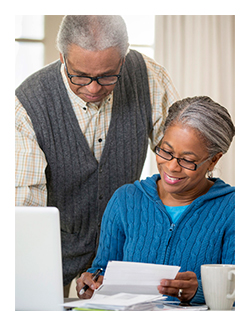 All OPTrust pensions, including survivor pensions and deferred pensions, will receive a 1.3% cost of living adjustment in January 2017.

The adjustment is based on the rate of increase in the Consumer Price Index (CPI), a weighted basket of 600 goods and services typically purchased by Canadian consumers each month.

HERE'S HOW OPTRUST CALCULATES YOUR ADJUSTMENT:

The resulting increase secures the buying power of your pension for the future. And as the chart shows, the power of inflation adjustments becomes more evident over time.

For more information on the Consumer Price Index, visit the Statistics Canada website at statcan.gc.ca.

In October 2016, the Canada-Spain Chamber of Commerce awarded Globalvia their 2016 company of the year award. 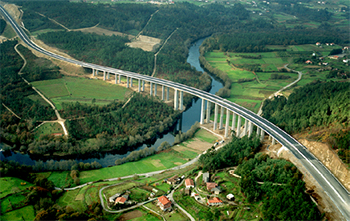 Headquartered in Madrid, Globalvia is a concession management business that oversees a portfolio of highway and railway projects across Europe and the Americas. OPTrust has been an investor in Globalvia alongside two other pension funds since 2012.

The Canada-Spain Chamber of Commerce recognized Globalvia for its contribution towards enhancing closer collaboration between the business communities of Spain and Canada and for its efforts to improve the relationship between the two countries. The award recognizes the successful investment by OPTrust and our partners in Globalvia, to help further grow the business and reinforce its position as a leading player in its market.

OPTrust President and CEO Hugh O'Reilly attended the Canada Business Day Celebration at the Canada-Spain Chamber of Commerce where the award was presented.

"I am pleased to be here today with Globalvia to receive this award and congratulate them on their role in strengthening the relationship between Canada and Spain," O'Reilly commented.

"As a global investor, OPTrust consistently seeks to strengthen our relationships in jurisdictions in which we invest. I thank the Canada-Spain Chamber of Commerce for this recognition," O'Reilly said.

New Chair and Vice-Chair for OPTrust 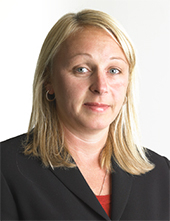 Vicki Ringelberg was named Chair of OPTrust's Board of Trustees, effective November 2016, replacing former Chair Michael Grimaldi, who remains on the Board.

Ms. Ringelberg joined the Board in 2011 as a Government appointee and most recently served as Vice-Chair. Her career spans over 20 years in the investment industry, where she held various senior positions, including Chief Financial Officer and Chief Operating Officer at AIC Limited and Portland Investment Counsel. She is currently an independent finance consultant to a number of businesses. Ms. Ringelberg is a Certified Professional Accountant and holds an MBA from the University of Toronto.

The Board also appointed Tim Hannah as Vice-Chair of OPTrust's Board of Trustees, effective November 2016.

Mr. Hannah was first appointed to the Board in 2012 by OPSEU. He is a Senior Environmental Officer with the Ministry of the Environment and Climate Change in Peterborough and a strong union activist, having held several local positions including President of Local 341 in Peterborough. Mr. Hannah holds a Bachelor of Science degree in economics and geography from Trent University. He has also obtained the Chartered Director (C. Dir) designation from The Directors College (a joint venture between McMaster University and The Conference Board of Canada).

Question: How is my age 65 pension calculated?

Answer:Your OPTrust pension has two components – a lifetime retirement pension benefit, plus a temporary benefit if you retire before age 65. We calculate your lifetime pension at age 65 as:

OPTrust will provide you with a statement six months before you turn age 65 to show your lifetime pension amount from the Plan.

Question: My friend's pension didn't decrease as much as mine did at age 65. Isn't the reduction the same for everyone?

Answer: The formula for calculating the reduction is the same for every pensioner at OPTrust, but unless you and your friend had exactly the same average salary, amount of pension service and retired the same year, your reduction amount would be different (see example above).

Question: My spouse is also receiving CPP. Will this affect my OPTrust pension too?

Answer: No. Your OPTrust pension is based only upon your contributions and pension service in the Plan. Your spouse's income has no bearing on the formula for calculating your pension benefit or your spouse's survivor benefit. 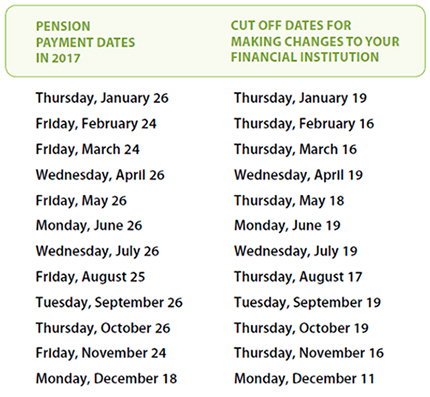 The monthly pension pay date is an important date for every OPTrust pensioner. Please clip out and save this 2017 Pension Pay Dates Calendar.

At OPTrust, monthly pensions are usually paid on the 26th of the month. There are a couple of exceptions to this rule:

Did you know? Fast facts about OPTrust 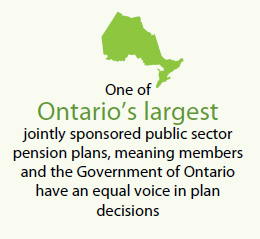 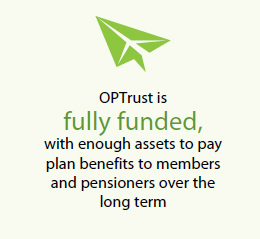 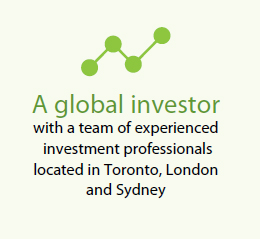 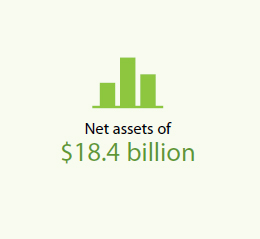 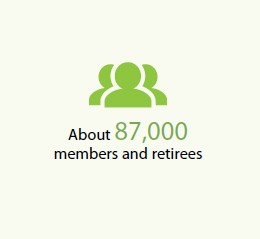 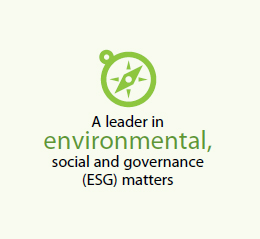 For Hamilton's Ed Faulknor, retirement came a little earlier than he planned. But, thanks to his OPTrust pension, 18 years later he sees retirement as "the best thing I ever did."

Mr. Faulknor, a former property tax assessor, retired with a pension that worked out to a little less than 60 per cent of his workplace salary. But since then, he has never had to worry about financial security – other than helping train election staff during elections he has never had to get a part time job or other work.

He and his wife enjoy a cruise vacation once a year, and keep two cars on the road. "We are doing just fine," says Mr. Faulknor. "We are certainly not living pay cheque to pay cheque. OPTrust made my retirement."

As well, he did not save outside of his pension for retirement. "With the pension, Canada Pension Plan, and Old Age Security, we are doing fine. We've not had a problem at all," he says.

Mr. Faulknor, who serves as chair of the Retired Members Division of OPSEU, agrees that it's not easy to get younger OPTrust members interested about their future pension benefits. "The differences between defined benefit, defined contribution and target benefit plans are difficult to grasp even for those who are close to retirement," he says. "For those who are many years away from it, it's much harder."

He says he's heard of many younger workers who complain about having to pay for pension benefits that are many decades away. "They'll balk at the pension costs today – they don't comprehend the impact (pensions will have) down the road," he explains. "It's very important, and OPTrust and OPSEU both need to find ways to better educate this group."

He points out his dealings with OPTrust have been very good. "They have always been really great in providing me any information I require," he says.

On November 16, 2016, the Government of Ontario and OPSEU announced changes to post-retirement insured benefits that will impact members of the OPSEU Pension Plan who start their pension on or after January 1, 2017.

As part of these changes, the Government of Ontario also announced that a new optional benefits upgrade package will be made available to eligible retirees in April 2017. This package will include emergency out-of-country coverage, a travel medical assistance plan and catastrophic drug coverage. Retirees who elect to enroll in this plan will be responsible for the full cost of the premiums.

Information about enrolment, coverage terms and premium rates will be posted on optrust.com as further details become available.

Additional statement on the way to retired members 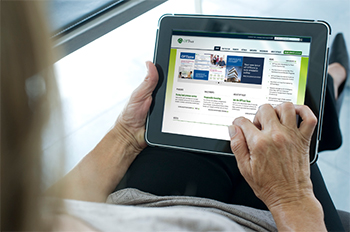 Retired members can look forward to receiving a new type of statement – in addition to the existing Pension Information Change Statement (PICS) – starting in spring 2017.

What's new is the Retired Member Statement, which you'll get every two years from OPTrust beginning in the spring. This new statement, which was introduced due to pension legislation changes, provides some additional important information – similar to the statements you used to receive before you retired. The information will also include:

We hope you'll find this new statement gives you broader information about your OPTrust pension.

Have questions about your insured benefits coverage with Great-West Life?

The world's leading pension minds, investors, policy makers and academics gathered in Toronto on November 13 –15, 2016 to attend the OPTrust Global Pension Leadership Summit where longterm investment challenges and opportunities for collaboration were explored.

Topics under discussion at the two-day Summit included global opportunities for institutional investors, the advancement of disruptive technologies and investing in a low interest environment.

OPTrust President and CEO, Hugh O'Reilly noted, "We were delighted to welcome speakers and guests from around the world to share their perspectives and insights on how we can partner to find solutions to current and emerging investment challenges."

"Collaboration isn't just about investing – people also need to collaborate to come up with and share new ideas. We focused on a number of key issues including the impact that climate change and shifts in the political landscape can present to investors. The conversations were both thought-provoking and enlightening. We look forward to continuing the conversation." O'Reilly said.

Among leaders from the political, investment and academic worlds who spoke were the Plan's sponsors – the Honourable Kathleen Wynne, Premier of Ontario and Warren (Smokey) Thomas, President, Ontario Public Service Employees Union (OPSEU).