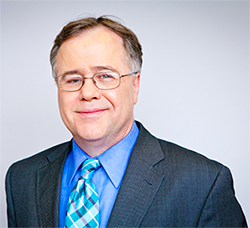 Toronto, December 4, 2014 - The Board of Trustees of OPTrust today announced that Hugh O'Reilly, one of Canada's leading experts on pensions, has been appointed President and CEO of the organization, effective January 5, 2015. Mr. O'Reilly brings to the organization an unmatched knowledge of the operation and governance of jointly-sponsored pension plans.

"We are very pleased to have someone with Mr. O'Reilly's depth of knowledge in public sector pension plans, and their challenges and opportunities, to lead the organization and help implement our strategic plan going forward," said Michael Grimaldi, Chair of the Board of Trustees. "On behalf of the Board we look forward to working with Mr. O'Reilly to ensure the organization fulfills its mission of delivering sustainable pension security for all our plan members."

Mr. O'Reilly currently leads the Pension Benefits and Insolvency Practice Group at Cavalluzzo Shilton McIntyre Cornish LLP, a firm he joined after a successful career on the management side as a partner at Torys LLP.  Mr. O'Reilly is one of two pension lawyers in Canada rated by Lexpert on both the management and union side, and he has a reputation for crafting innovative, practical outcomes to pension challenges.

"Public sector pensions in Ontario have made tremendous progress over the last decade, however many challenges still face the sector, including at OPTrust. The Board of Trustees believes that Mr. O'Reilly is the right leader to help us continue to grow," said Vicki Ringelberg, Vice-Chair OPTrust.  "Mr. O'Reilly will build on the work of outgoing President and CEO, Bill Hatanaka, who we thank for his excellent service to the organization."

About OPTrust
With assets of $16.0 billion, the OPSEU Pension Trust (OPTrust) invests and manages one of Canada's largest pension funds and administers the OPSEU Pension Plan, a defined benefit plan with over 84,000 members and retirees. OPTrust was established to give plan members and the Government of Ontario an equal voice in the administration of the Plan and the investment of its assets, through joint trusteeship. OPTrust is governed by a 10-member Board of Trustees, five of whom are appointed by OPSEU and five by the Government of Ontario.