TORONTO, June 28, 2018 – Climate change is having profound impacts, and markets need to respond. It is vital for pension plans to measure the impact and manage risk, according to the Climate Change Action Plan issued today by OPTrust. 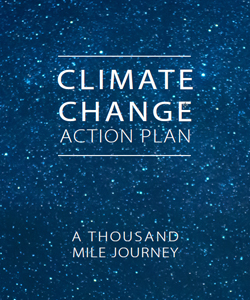 "Climate change is one of the most significant challenges facing us today. As investors in so many sectors around the world, we need to better understand its impact so we can protect our members’ interests,” said Hugh O’Reilly, OPTrust President and CEO.

“We don’t yet have the data or tools we need to determine whether, and if so to what extent, climate change poses a risk to our members’ pensions,” O’Reilly added. “We are committing to build climate change risk into our investment approach, starting now.”

The Climate Change Action Plan contains eight areas for action that will make OPTrust more resilient and agile to meet the investment challenge. Among others, the areas for action include defining a clear baseline to measure the pension plan’s exposure, considering climate risk factors when assessing investments, and pushing for increased disclosure of climate change-related information from portfolio companies.

With its 2017 Funded Status Report, issued earlier this year, OPTrust became one of the first pension plans to report in accordance with the recommendations of the Task Force on Climate-related Financial Disclosures (TCFD). The TCFD recommends disclosure in four areas: governance, risk management, strategy, and metrics and targets. The Climate Change Action Plan builds on these commitments, and will lead to a better understanding of the risks and opportunities climate change poses to our investments.

“The transition to a carbon-neutral economy will be increasingly disruptive,” O’Reilly said. “As investors and as responsible stewards of our members’ capital, we have to be prepared to face these challenges. This is still near the beginning, but it is a critical step forward.”

OPTrust's Climate Change Action Plan, along with the 2017 Responsible Investing Report and the responses to the TCFD recommendations included in the 2017 Funded Status Report, are all available at optrust.com.

With net assets of over $20 billion, OPTrust invests and manages one of Canada's largest pension funds and administers the OPSEU Pension Plan, a defined benefit plan with over 92,000 members and retirees. OPTrust was established to give plan members and the Government of Ontario an equal voice in the administration of the Plan and the investment of its assets through joint trusteeship. OPTrust is governed by a 10-member Board of Trustees, five of whom are appointed by OPSEU and five by the Government of Ontario.