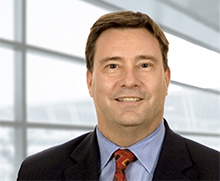 TORONTO, July 14, 2017 –Don Wilkinson was appointed to the Board of Trustees in June 2017 by the Government of Ontario.

Mr. Wilkinson brings over 30 years of public accounting experience providing assurance and advisory services to Canada’s largest pension funds, institutional investors, telecommunications, and real estate companies. He was a Vice Chair of Deloitte and led their National Asset Management Group in addition to being a member of the Global Financial Services Industry Steering Committee. He was a member of the Deloitte Canadian Board where he chaired the Governance Committee and a representative on the US Board of Directors.

Mr. Wilkinson led Deloitte’s Corporate Governance Centre with an objective of providing education and guidance to directors on current issues with a theme of “Beyond Compliance”. He moderated Deloitte’s Directors’ Series which is broadcast to cities across Canada.

He is a chartered accountant (CPA, CA) and holds a Bachelor of Commerce from the University of Saskatchewan.

OPTrust’s Board of Trustees has overall responsibility for the administration of the OPSEU Pension Plan and the management of the assets to ensure OPTrust can pay pensions today and preserve pensions for tomorrow to its almost 90,000 members and pensioners. Read more