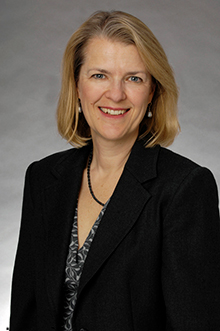 TORONTO, March 16, 2017 – Sharon Pel was appointed to the Board of Trustees in February 2017 by the Government of Ontario.

Ms. Pel has more than 30 years’ experience as a strategic business advisor, both as an executive and as outside counsel. She has extensive expertise in governance, securities regulatory and policy matters, and corporate, commercial and securities law.

Ms. Pel held the role of SVP, Group Head Legal and Business Affairs at TMX Group until 2015, where she was responsible for advising the TMX board and executive management on all aspects of its governance, operations and legal and regulatory affairs. Prior to that, she was a partner at Torys LLP. Ms. Pel currently provides consulting services through her firm, Inglewood Advisory Services.

Ms. Pel also sits on the board and Nominating and Governance Committee of Canadian Feed the Children and is active in numerous other charitable endeavors.

She replaces Tony Ross who stepped down from the Board after serving 17 years as Trustee and Chair from 2008 to 2010.